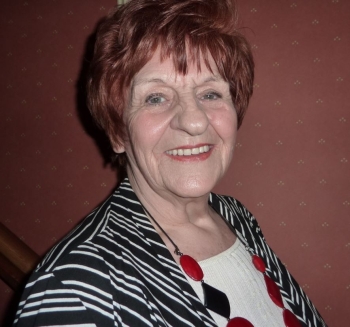 Music and singing have always been a very important part of my life.

From the age of four I lived with foster parents who belonged to the Salvation Army, I grew up surrounded by music. So... from the age of seven, when I was allowed to join the Junior Singing Company, I have never stopped!

Over the years I have been associated with many different societies, Kettering, Wellingborough, Rushden Operatic Societies, Irthlingborough Entertainment Society, taking part in over 60 shows and taking on the mantle of Chorus Mistress many times. Whether I was playing a principal role or working among the chorus ~ it was all a joy.

When the late Muriel Wallis invited me to join her ladies choir, The Cavendish Singers, I was delighted and enjoyed immensely my time as a member of the choir. Sadly, when Murial passed away it seeemed that the choir would be disbanded, which is something the members did not want to happen.

I felt honoured and priviledged to be asked to take over as Musical Director to the choir.

What a wonderful time I had as Musical Director ~ happy hours at rehearsals and very proud moments when the choir performed at concerts.

I have been honoured once again, being asked to become Patron to The Seagrave Singers, which has members previously belonging to The Cavendish Singers and I now look forward to renewing old friendships and making new ones.

Photo by cottonbro from Pexels